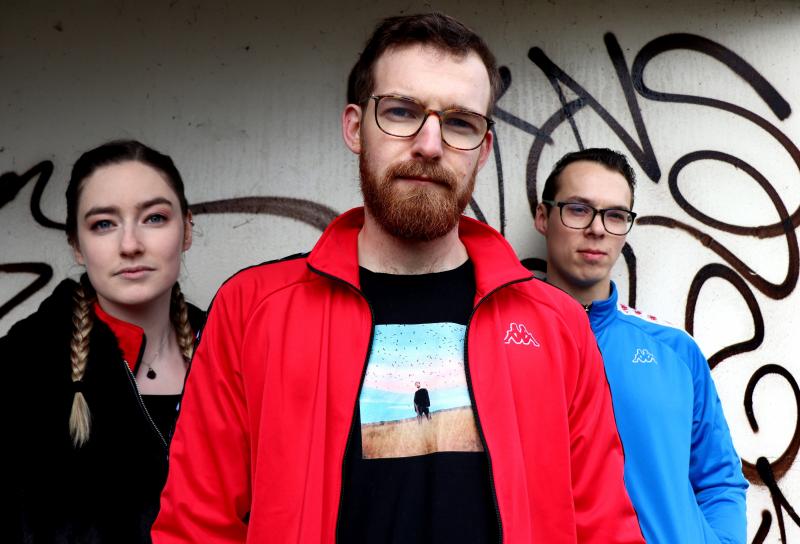 A Dynamic Dutch Electro Indie Rock duo with a rough bluesy edge, Leiden-based ScooterRoy and the Hitmachine was formed in 2016 around the talents of Giel Borsboom (DJ/Keys/Backing vocals) and Kenneth Roy van den Bos (Guitar/Lead vocals).

They first played together in a local band, but quickly developed interest in the interaction between their conflicting musical backgrounds. They started ScooterRoy and the Hitmachine to further develop the interesting dynamic between their styles and experience more artistic freedom being just a duo. After a year of musical evolution, their sound ranges from the most fuzzy guitars to the smoothest 80’s synths, while singing about modern social issues.

A year after their formation, the duo released their first EP called ‘For You’. After this release the two spent the following year touring the country, gaining experience and inspiration for an upcoming debut album.

After two and a half years of performing and recording, Roza Scherer joined the band and replaced the Lead vocals. This new member, with another musical background, adds extra power to the vocals parts and gives Kenneth and Giel the opportunity to expand the instrumental parts, without being occupied singing.

The performance of the fresh new trio resonates with the audience as they transmit their creativity to the public during concerts. Dressed in blue and red, they are showing the opposites they’re blending not only in music but also in colors. At the end of each show many visitors go home rethinking their musical tastes and enjoying more different genres, making their motto ‘to be present is to experience’ the perfect fit for the three piece band.